We have put together a team of talented and dedicated professionals who are excited about providing state-of-the-art, high quality dental care. We love dentistry, and it shows in the work we do. Our goal is to always treat you as the wonderful and unique individual that you are and consistently exceed your needs and expectations.

At our office, we take pride in getting to know you, understanding your goals, and working with you to provide the tools and education to help you achieve your goals. Welcome to our Associates of Dental Arts!

Dr. Gregory Kivett, Jr. initially discovered his love for dentistry while serving in the United States Air Force as a dental laboratory technician. Following his honorable discharge in 1995, he made the decision to become a dentist. He graduated with honors from Southwest Missouri State University, where he majored in biology and minored in chemistry, and was quickly accepted to the School of Dentistry at the University of Missouri at Kansas City. He received his DDS in 2005, graduating with honors. That same year, Dr. Kivett also served as part of a mission trip to Nicaragua, where he provided dental services to underserved patients.

Dr. Kivett has made it his mission to provide the absolute best possible care to his patients. He believes strongly in the power of continuing education and is dedicated to increasing his knowledge in order to offer additional services to his patients. Dr. Kivett is skilled in the art of Advanced Laser Dentistry and the use of the PerioLase MVP-7, which allows for the treatment of periodontal disease through a procedure called LANAP. He also offers sedation dentistry to comfortably treat his patients. Dr. Kivett has attended the Rondeau Seminars Level I, II and III for orthodontics and he has trained at the McGarry Implant Institute, where he learned advanced procedures such as implant surgery and restoration as well as sinus grafting. Dr. Kivett is also proud to provide the Chao Pinhole Surgical Technique, a no suture, no cutting solution to gum recession.

Dr. Kivett’s commitment to providing excellent dental care has earned him multiple awards and accolades, including being an Incisal Edge “Top 40 Under 40 in America” for Fall 2013, being featured on the cover of DOCS Digest and being a 417 Magazine “First Rate Dentist” several years running.

Dr. Kivett’s strong commitment to providing excellent dental care has earned him multiple awards and honors, including being selected as a First Rate Dentist for 417 Magazine for several years running. He is a member of the following professional organizations:

Dr. Kivett's excellent practice and skilled expertise has brought in multiple awards and accolades. These include: 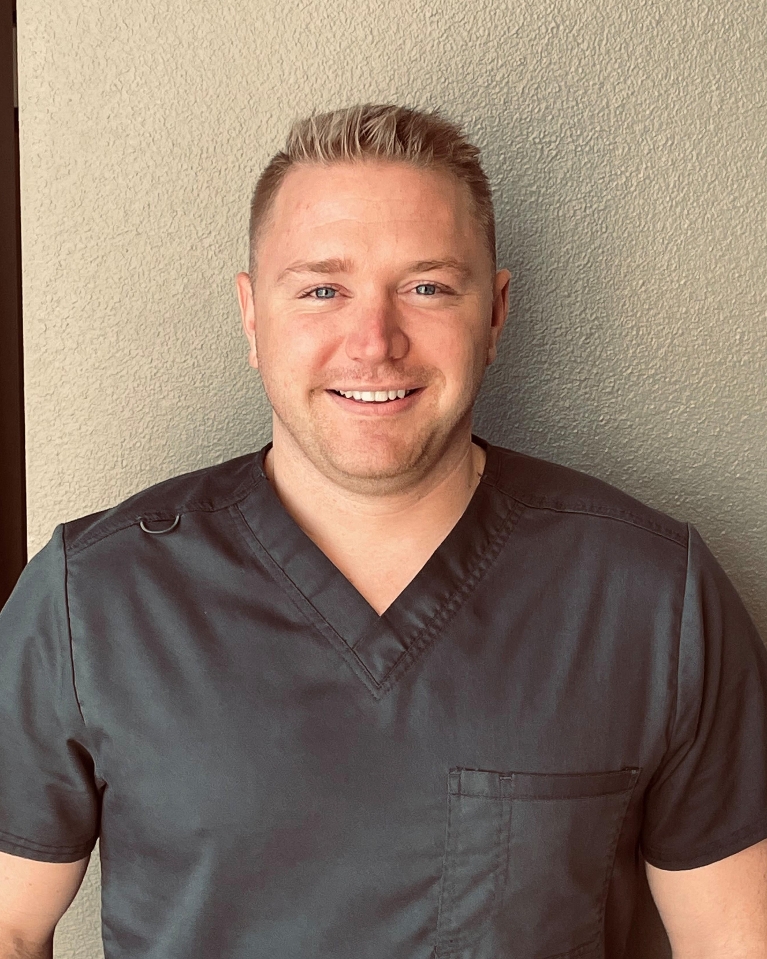 Dr. Morrissey (or Dr. Bob as he likes to be called) took the seafaring route to us, coming to us from the U.S. Navy, where he served as lieutenant for 4 years after receiving the Navy’s competitive HPSP Scholarship. Dr. Morrissey spent his first 5 weeks of his dental career in Naval Officer Development School in Newport, Road Island, learning the ins and outs of what it means to serve among our nation’s finest. After graduation from ODS, Lieutenant Morrissey was given the opportunity to serve the marines of the 2nd MLG at Camp Lejeune, North Carolina as an officer in the 2nd Dental Battalion where he earned a Navy Achievement Medal for his unique innovations at Camp Lejeune’s largest dental clinic. Dr. Morrissey was then humbled and honored to be stationed at the Navy’s only recruit training camp where he was given the opportunity to serve young recruits as they become highly skilled Sailors in the world’s largest and most effective naval force at the RTC Great Lakes boot camp.
Born in St. Louis, Missouri, Dr. Morrissey attended DeSmet Jesuit High School where he played water polo for 4 years and swam backstroke and freestyle for the school’s state team. He then moved across the state to the University of Missouri-Kansas City where obtained his BA in chemistry in 2013, graduating with honors. From there he moved up the street to the University of Missouri-Kansas City School of Dentistry where he was accepted with early admissions and graduated in 2017 with his Doctorate of Dental Surgery (DDS).
You’ll have to forgive Dr. Morrissey as he tells us that his only hobby is cheering on his St. Louis Cardinals, though we hope he’ll one day catch on to the football vibes down in the heartland of southern MO. More importantly though, Dr. Morrissey enjoys time with his wife and four sons!! He also has a passion for service and has attended multiple mission trips, including trips to Africa and India. Dr. Morrissey is excited to be a part of our team here at Associates of Dental Arts and looks forward to exploring what Joplin has to offer!
Dr. Morrissey is a member of the following organizations:
Southwest Dental Society
Missouri Dental Association
American Dental Association

Megan graduated from Yokota High School, Japan, in 1993. After graduation she worked for several years in Japan. She then decided to pursue an education in Commercial Interior Design and moved to Springfield, Missouri. Megan graduated with a Bachelors of Science from Missouri Southern State University, majoring in Interior Design. She has two children and enjoys spending time with her husband, friends, and family. 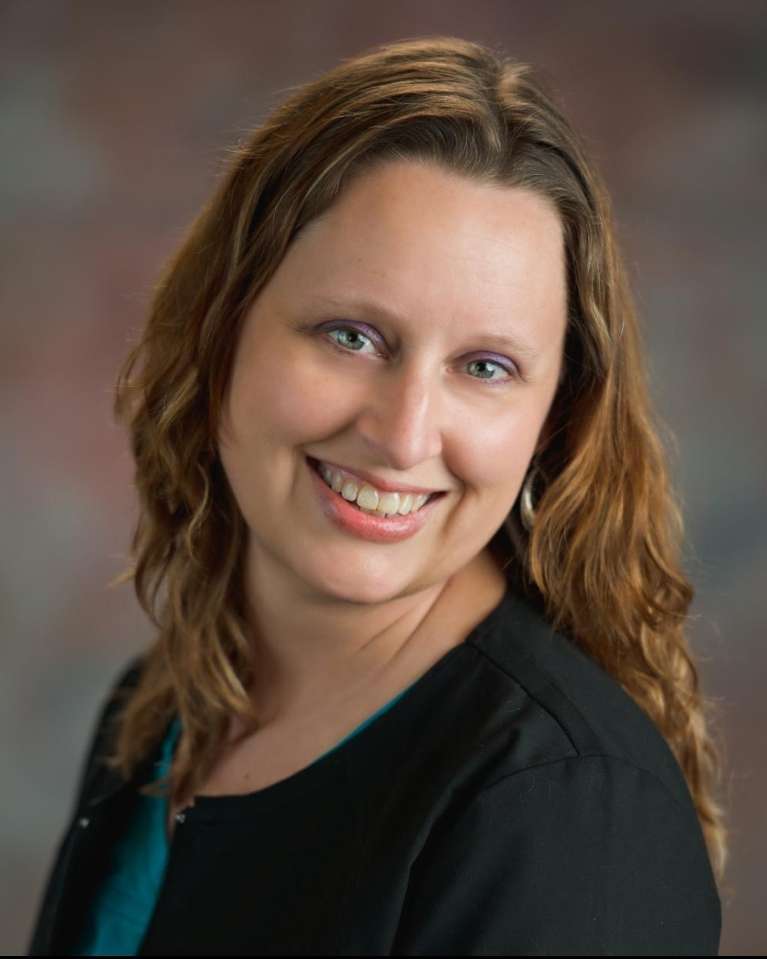 Angie joined the team in October of 2012. Graduating from MSSU in 2016, she earned her Bachelor of Science in environmental health and safety. Angie is married and has two grown daughters, a son-in-law, and grandsons. She loves spending time with family and friends. Hiking, kayaking, reading, traveling, and participating in community theater are some of her passions. 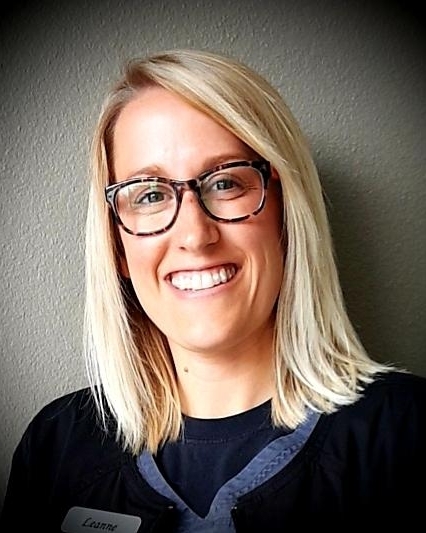 Leanne has been in dentistry for over 18 years and loves what she does. Leanne married her high school sweetheart, Nick, in August 2006. They reside in the Webb City area with their 2 kids, Kyleigh and Kameron. Her family also has 4 dogs; Brody, Bentley, Margo, and Max.  She enjoys spending her free time with her husband, traveling with her kids to their sporting events, going to the beach, and with friends and family.

Sonya graduated from Carl Junction and then attended Missouri Southern State College, now MSSU.  She graduated in 1993 with an associate degree in dental hygiene and later went on to finish her bachelor’s degree in health science.  Sonya has practiced dental hygiene since graduation in 1993 and says that it’s a very rewarding career.  She has been married to her husband Rob since 1994 and has a daughter, Macee Kate, and a son, Fischer.  They both keep her busy, but are by far her favorite two little people to spend time with!  Sonya’s favorite leisure activity is spending time with family and friends, preferably somewhere tropical! 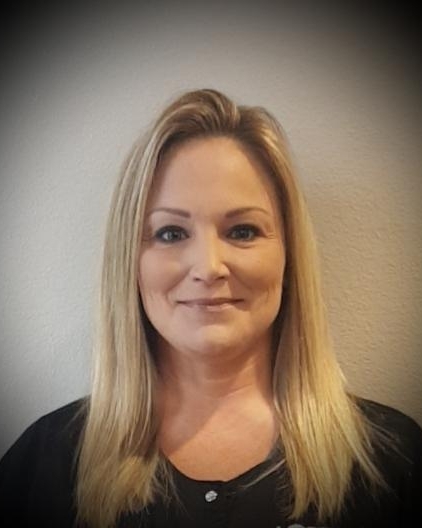 Jane graduated from MSSU with a bachelor's degree in criminal justice and an associate degree in dental hygiene.  She has practiced hygiene for ten years and loves what she does.  Jane has two daughters that keep her busy with school and sports. When she isn’t at work, Jane enjoys spending time with family and friends. She also loves to travel and has visited all over the Western and Southern US and several locations throughout the Caribbean.

Bethany graduated from MSSU in 2012 with a bachelor’s degree in health science and an associate degree in dental hygiene.  She lives in the Webb City area with her husband Matthew, son Kyler, and daughter Audrey.  They have three family animals, a beagle named Lucy, a bunny named Zoe, and a cat named Tess.  Bethany loves spending time with her family and friends, attending Kyler and Audrey’s sporting events, and going on date nights with her husband.

Sara graduated from Joplin High School and then attended the Franklin Technology Center dental assisting program at MSSU before graduating as a registered dental assistant.  Since graduating, she has continued her education and acquired expanded functions certifications in several areas of dentistry.  Sara currently lives in Joplin with her husband, Steve, and little guy JoJo. She has two daughters, Savannah and Aliyah, 2 stepsons, and multiple step grandkids.  Sara’s favorite hobbies are fishing, swimming, and sharing her infectious laugh with family and friends. 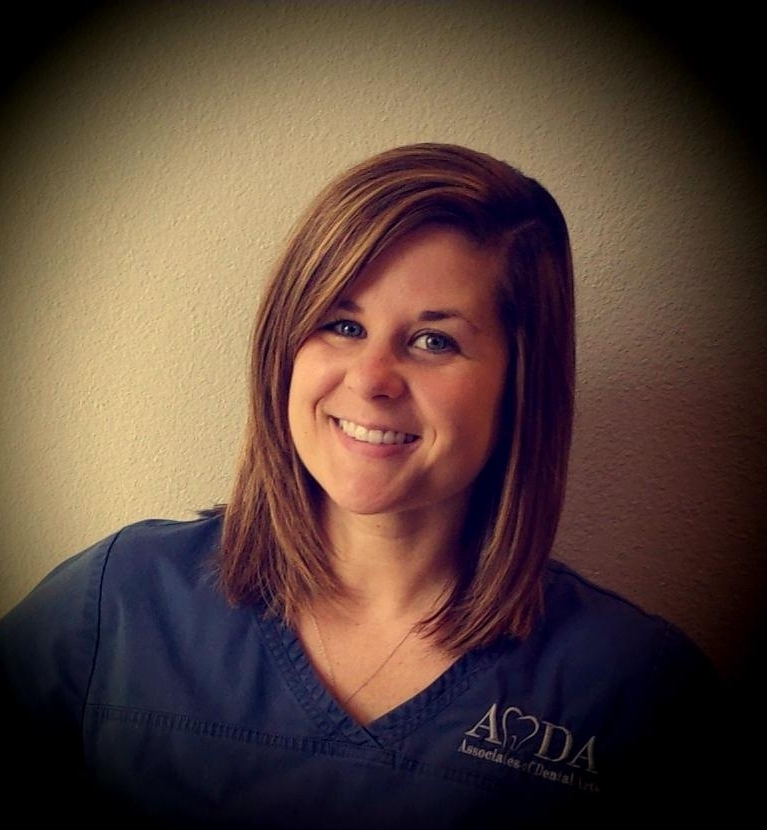 Megan graduated from OTC in Springfield, MO in 2013 as a certified dental assistant with expanded functions.  She then obtained an associate degree in applied science and general studies.  Megan is extremely passionate about her specialty of orthodontics and has participated in six dental mission trips to Nicaragua.  She hopes to return there soon.  Megan and her husband Aaron have been in Joplin for almost 7 years and enjoy living here.  They have two long haired dachshunds named Axle and Mia who are quite spoiled!  In Megan’s free time she enjoys baking, traveling, watching movies, and spending time with her family. 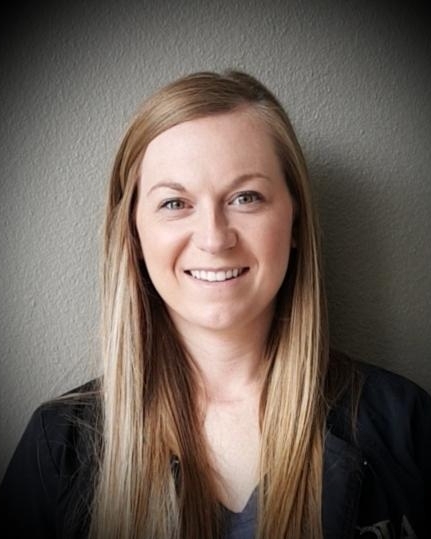 Chelsey graduated as a registered dental assistant in 2017 from Franklin Tech in Joplin.  She married her husband, Devin, in October 2017.  That same year, Chelsey was diagnosed with and conquered thyroid cancer.  Chelsey and Devin live on a farm in Sarcoxie with their 2 1/2 year old son, Wilder and their black labs, Sammy and Boone.  Chelsey’s favorite activities are hunting, fishing for crappie and spending time at the lake house. She has been hunting deer and turkey since 2008, and she harvested her largest buck, a 17-point in 2016!  She also enjoys playing third base in softball, gardening, and doing arts and crafts in her spare time. 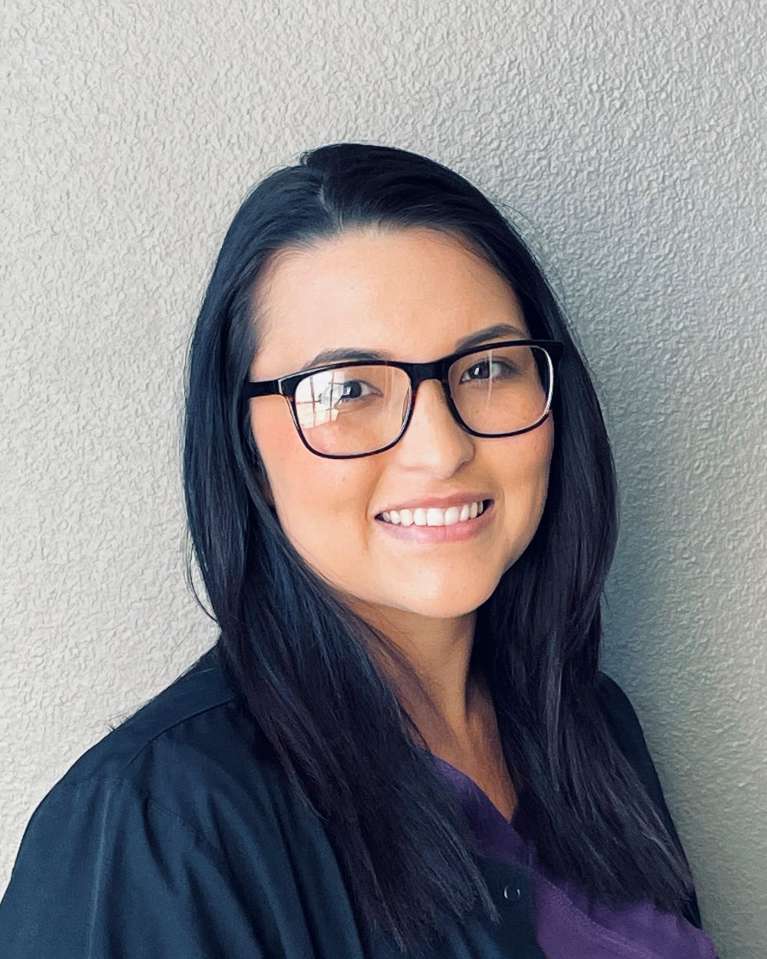 Erin joined our team in November 2021. Erin graduated from Joplin High School is 2016 and later attended Accelerated Dental Assisting Academy. Erin is motivated to continue her education and acquire her expanded functions when able. She lives in Pittsburg, Kansas with her black lab, Bailey. Erin’s favorite hobbies are painting, watching movies, and spending time with her dog.